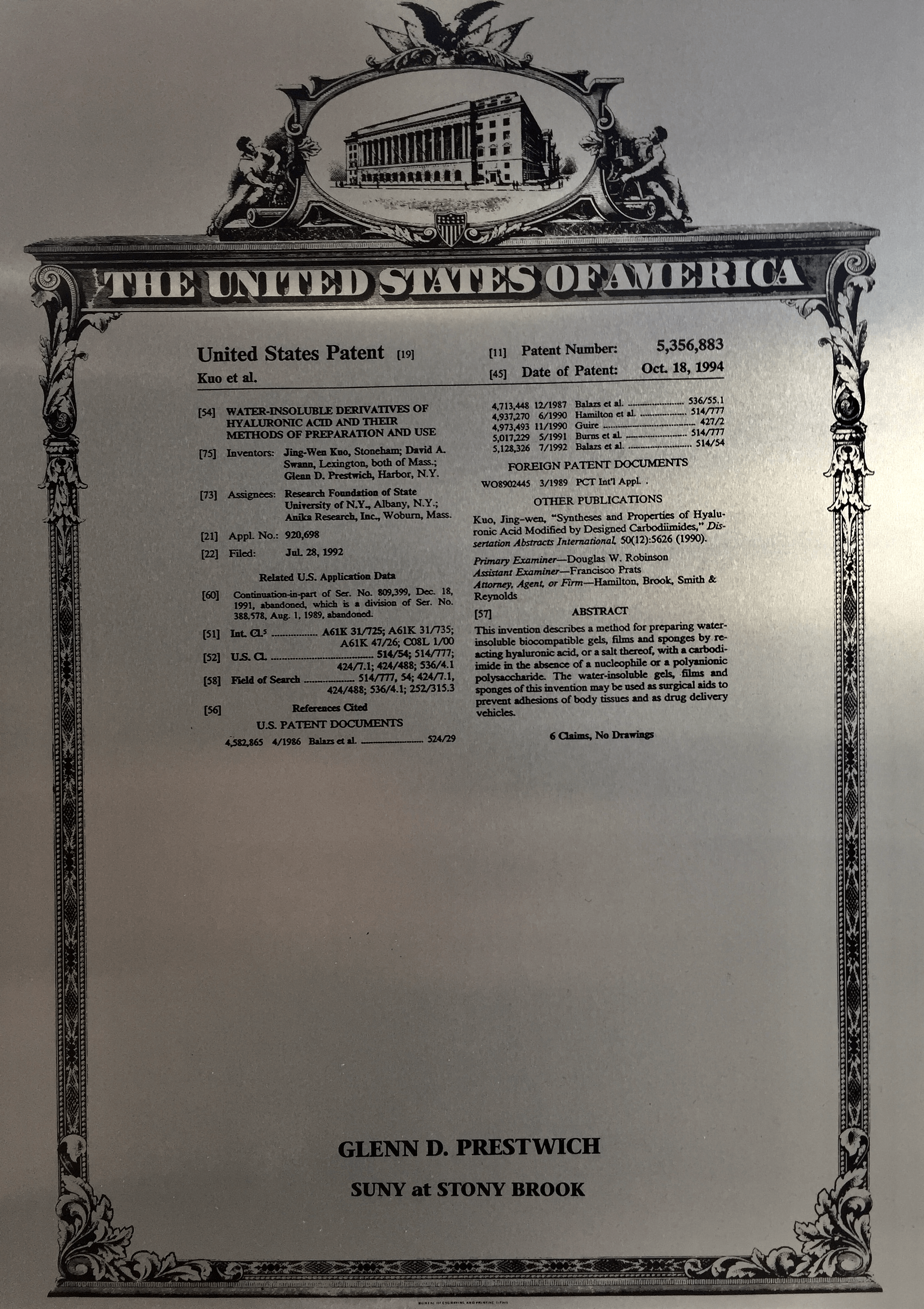 Glenn Prestwich has been a prolific inventor since 1977, and expert witness in IP law cases since 2007. He is an inventor on over 90 patents and patent applications, including 40 issued patents.

As an inventor, Dr. Prestwich works collaboratively with attorneys to prepare and prosecute patent applications. His  patented or patent-pending inventions include:

As a mentor, Dr. Prestwich enjoys working with entrepreneurs to create a robust IP portfolio, and mentors them in design of experiments to produce surprising and unexpected results.

As an expert witness, Dr. Prestwich enjoys the challenges of dissecting the validity (or invalidity) of patents in litigation. He appreciates the subtleties of claim construction and works collaboratively with attorneys to identify successful arguments based on sound science and legal principles.

Dr. Prestwich co-founded nine companies, including Echelon Biosciences, Sentrx Surgical, Glycosan BioSystems, Sentrx Animal Care, GlycoMira Therapeutics, and Deuteria Biomaterials. He is a 2018 Fellow of the AAAS, a 2013 Fellow of the National Academy of Inventors, recipient of the 2006 Utah Governor’s Medal for Science and Technology, the 2008 Volwiler Research Award of the AACP, the 2010 University of Utah Distinguished Scholarly and Creative Research Award, and the 2014 U of Utah Distinguished Innovation and Impact Award. During 42 years as a faculty member, he has over 650 publications (H-index 94) and over 33 issued patents and has trained over 125 postgraduate scientists. He is a pilot, a first tenor, and an advocate for chamber music.