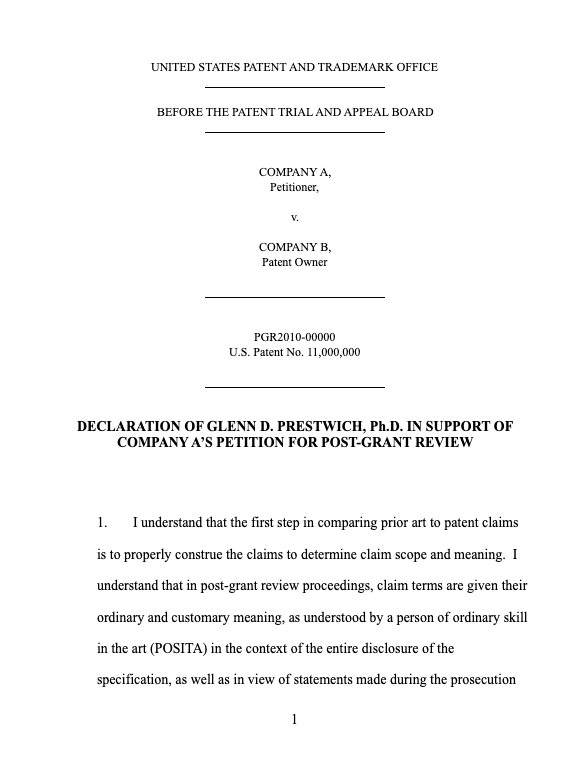 PREPARATION OF REPORTS, DECLARATIONS, AND AFFIDAVITS

Dr. Prestwich is an organized, clear, and effective writer. He has written over 50 single-author scientific publications, reviews and  book chapters, and is co-author on over 610 additional publications in the scientific literature.

He has also been a prolific writer of grant proposals, with over 80 funded grant proposals in over 47 years and hundreds of grant applications, both from his academic laboratory and as SBIR/STTRs for the startup companies that he co-founded.

In addition, he has drafted over a dozen expert reports, declarations, and affidavits in support of his clients. Drafts are prepared in an iterative fashion, driven by the scientific method. In this way, an initial report forms a testable hypothesis, for which data is collected and evaluated. This is repeated to form logically sound and robust sequential drafts, culminating in a final report.

”In the courtroom, the role of an expert witness is to educate the court. I help the judge and jury understand that my expert opinion is accurate, compelling, and the only correct conclusion that one can reach.